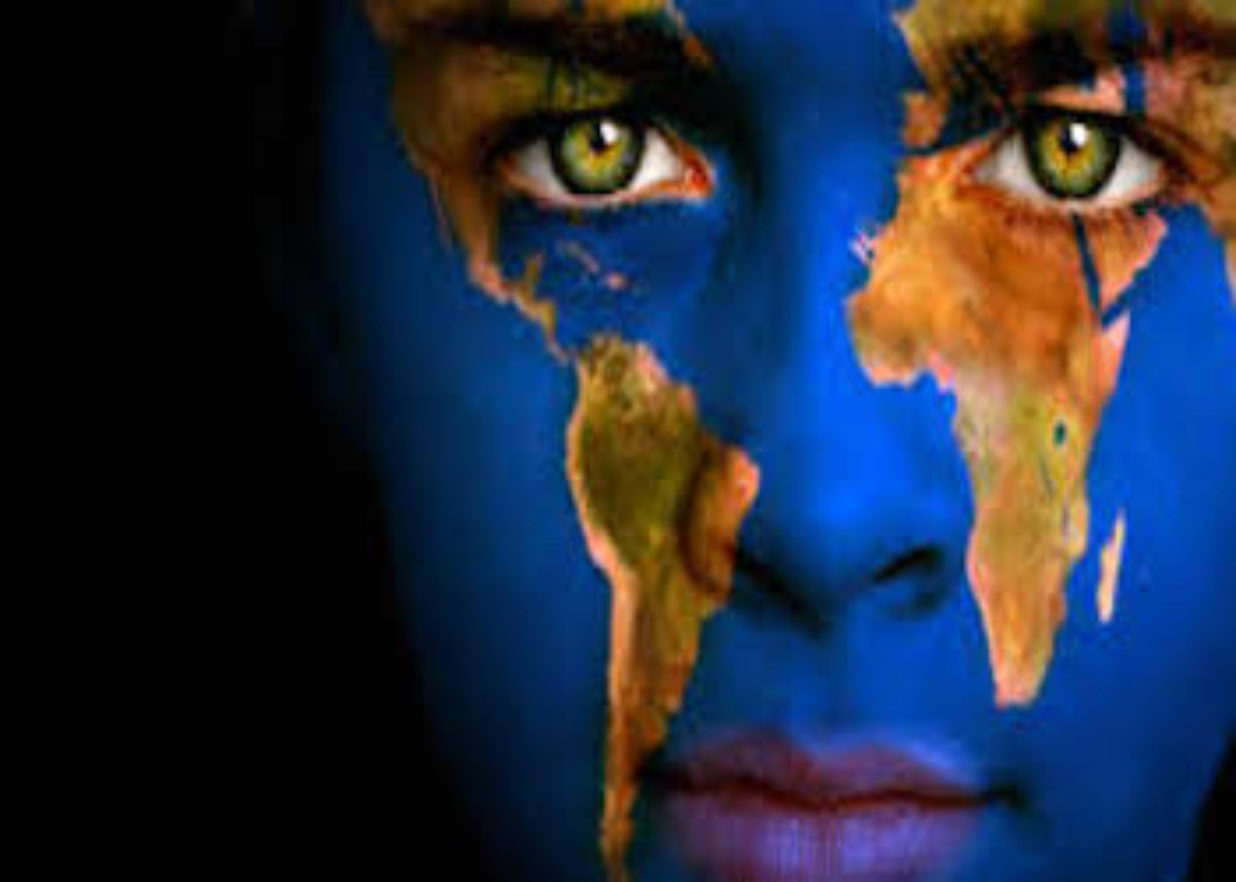 Professor Lynn Davies:  At the 2016 Conservative party conference, the British Prime Minister Theresa May attacked the workings of the rootless ‘international elite’ with the words “If you believe you’re a citizen of the world, you’re a citizen of nowhere”.  Global citizenship education (GCE) has struggled over the years with the somewhat amorphous notion of what it means to be a citizen of the world. Usually translated into something like ‘think global, act local’, it argues for deepening an understanding of global issues which then can inform relevant active citizenship at home. Often linked with education for sustainable development, it reveals the interdependencies in our world. GCE is one of the strategic areas for UNESCO’s education programme, and appears as a tool in their forthcoming manual for policy makers on Preventing Violent Extremism through Education.

But how might this work? In terms of the global motivations for people joining extremist groups, schools cannot solve the problems of poverty, unemployment and grievance (except at very long term levels perhaps). They cannot change foreign policy. They cannot compete with the scale and sophistication of global extremist operations. But schools can try to build some resilience to extremism for young people at local levels.

The urgent question is whether existing curriculum such as global citizenship education (GCE) can fulfil the task of building such resilience.   I would argue that it needs a very special and sharper focus if GCE is to turn young people away from the lure of extremist groups and extremist thought. GCE normally includes critical thinking, but PVE takes this to a higher level. It places considerable demands on teachers. It is not cosy. GCE teacher education has always included handling controversial issues. But the notion of ‘safe spaces for discussion’ has taken on new dimensions. Now there is the more delicate question of religious claims about offence, increase in stigma, what to do if a child makes an extremist remark, whether to discuss Islamist or neo-Nazi or Buddhist or Hindu nationalist extreme movements or whether this makes students more inclined to join such apparently exciting groups. Blanket recommendations cannot be made on how teachers should tackle provocative issues.

We know from the research on changing behaviour that you cannot moralise to young people, cannot tell them not to join groups, cannot simply urge them to be peaceful.   In contrast, education for preventing violent extremism (PVE) is about generating a degree of conflict. It is about debate, controversy, heated dialogue, surfacing and dealing with conflict – a very interactive and dialogic pedagogy with unknown outcomes. If we look at the four conventional areas of GCE of (i) knowledge/understanding, (ii) values, (iii) attitudes and (iv) skills/behaviours, then each requires a specific focus for PVE.

The knowledge domain has to include three key areas. First is some understanding of extremism and the forms it can take in different contexts. This is not always popular with governments if the extremism is linked to a state religion or a state policy, but ways need to be found to explore causes, goals and strategies of extremist groups.  Second comes media and digital literacy, understanding how extremist groups engage in messaging and the techniques they use.   Such messaging is now global, with groups such as Al-Shabaab as well as ISIS using English to reach a wide audience, and using very sophisticated, ever-changing techniques. Third is knowledge of human rights – so that students can discuss the right to life, and whether violence is ever justified. They can discuss freedom of speech, and the difference to hate speech. They can discuss freedom of religion and whether cultural or religious practices that infringe rights should ever be tolerated. They can discuss the right not to hold a religion, and the difference between secularism and atheism.

The values domain has to broaden out to a ‘value complexity’. The journey towards extremism and fundamentalism involves a shutting down of complexity, seeing the world in black and white, friend and enemy, good and evil – with the evil then having to be destroyed. Students need to be immunised against simple binary truths through the constant surfacing of different perspectives – religious and secular, private and public, economic and legal. This is not to say that a teacher should be value neutral: the grounding in human rights gives a framework for judgements to be made. Interesting projects are being undertaken in countries as far apart as Scotland and Pakistan on giving students ‘hot topics’ to discuss and then explore from multiple viewpoints.   Value complexity leads to better empathy as well as higher logical reasoning. It enables comfort with multiple identities. Projects involving young people problem-solving with the local police also give greater understanding of each others’ values and builds the trust so essential in safeguarding communities.

This links to the third realm of attitudes in PVE, the attitudes that ‘we’ have towards ‘others’. This is not a bland multiculturalism, which has the dangers of greater stereotypes when one learns ‘about’ Muslims, Jews, Hindus, Christians, as if they were all the same within their communities. Instead should be the recognition that there is more diversity within a group than across groups. But ‘difference’ is played upon by radicalisers. PVE turns its back on ‘respect for diversity’ towards a more hardhitting exploration of conflict and a greater understanding of our common vulnerabilities.   Students want to know how hatred happens, how originally peaceful communities can be politicised almost overnight (as in Rwanda or Bosnia).   How do attitudes towards others and our ethnic or religious identities harden? What are the threats to people’s feelings of citizenship? Interesting initiatives in PVE include students making films about propaganda, creating dramas about how rumours spread in a community, working together across boundaries of ethnicity and religion so that these become forgotten in the pursuit of a common goal.

Fourthly the skills and behaviours that are needed in PVE education relate to one of the drivers of extremism – the sense of mission and wanting to change the world or the government, with impatience or scorn at any normal democratic process. Research with former extremists finds them recommending a highly active citizenship, encouraging young people to take up a cause, so that they can channel their energy into non-violent change. It can be small scale (saving the local playing field) or large scale (saving whales) – the cause is less important than the skills needed. In ConnectFutures we work with young people on skills of argument and campaigning – whether traditional posters or leafleting but now using Twitter, Facebook, Instagram, Snapchat – whatever the up to date social media is (which changes constantly). Schools can work with students on such modern day campaigning, giving the political skills of argument, persuasion, lobbying and predicting others’ arguments well as logistical skills of creating an organisational structure, running a budget or understanding the legal side. It is not just about mindless protest, but one with recognisable and realistic targets of what specific change is wanted. Whether the intended change is a law, a policy, a funding decision or a community attitude, the alternative must be clear. Here the domains of knowledge and skills intertwine, as students must research and seek evidence for the claims that they or others make.

Finally, the curriculum alone is not enough: surrounding this are the efforts needed to ensure students feel really included within the school community. Global citizenship education has the benefit of being wider than national citizenship education, which often runs the danger of patriotism and the over-stress on one’s country – an emphasis that can play into the hands of nationalist, far right groups. On the other hand, the notion of a global citizen can be too broad and abstract to give any feeling of allegiance. People often join extremist groups to get a sense of belonging, finding a new ‘family’ who will apparently care for them and appreciate them. Ideally, schools should try to give this feeling of belonging, stressing that every student is a citizen of the school, with rights and responsibilities but also with a strong identity and importance to the school.   For marginalised groups and sometimes for females, it is difficult to stress belonging to a nation when they are obviously second class citizens; but they can belong to a school for the time they are there. They can be made to feel that others care and – crucially – that they find them interesting.   Feeling recognised is the first step to resilience. In enlisting young people in the fight against violent extremism, they can begin to sense a possibility for being global citizens.