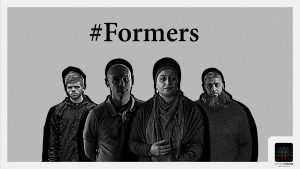 In trying to build resilience to extremism and hatred, what sort of testimony has the most impact on young people? ConnectFutures, for example, has a 10 minute video of four former extremists (Islamist and far right, one woman, three men) that we use to start conversations in our training sessions about why people join extremist groups and why they leave.  In contrast are the testimonies from victims or survivors of terror attacks, who speak about the long term impact on themselves and their families of losing a loved one in an ideologically inspired act.  The aim of both sorts of testimony converge in trying to show the evils of violence and the immorality of killing innocent people. Yet they diverge in what they appeal to and what they evoke in a listener.

The experience of former extremists is used to show how easily people can be drawn into violent movements, through misinformation, the lure of adventure, the appeals to status, duty and to making a difference.  Their stories of how they then ‘saw the light’ reveals a assortment of types of recognition – that they were duped, let down, groomed, that the violence was too horrific, that the brotherhood/sisterhood was not what was promised, and that this was not the way to create transformation.  The aim is to bring awareness to learners not to be swayed by image and lies, to challenge what they see online and on social media, and not to fall prey to charismatic groomers. 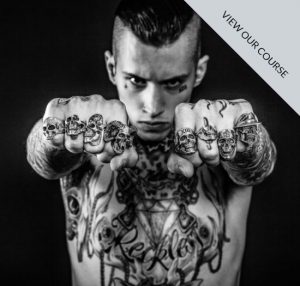 The experience of victims or survivors of terror attacks on the other hand evokes empathy as well as horror. As with using the testimony of Holocaust survivors, the message is that this should never be allowed to happen again. Listeners will identify with the survivors or with different members of their family, and will often be upset. The testimony leads to discussion of responsibility: what can be done in preventing re-occurrence?

But giving testimony of any sort is not easy.  The Radicalisation Awareness Network based in Amsterdam is producing a Guide for those using personal testimonials in educational settings.  A recent meeting of survivors to contribute to this Guide found a range of views. Some did not like the term ‘victim’ and preferred ‘survivor’. There was a debate about whether you could show forgiveness (and whether you could ever forgive on behalf of others). There was also a debate about whether an aim was to increase understanding, for example, the understanding of why perpetrators committed such acts. Some thought this was actually wrong, that attempting two sides or multiple histories somehow exonerated the perpetrators – who should not be given a human face.  There was also some disquiet about using former extremists to tell their story: some of these were now seen to be capitalising on their experience, perhaps not glorifying violence, but at least explaining it and hyping up their own centrality in it. And how ‘former’ are they really? Do they still want the same ends?  Can they claim they were also ‘victims’?

A particular problem in Islamist terrorism is not adding to Islamophobia through one’s story.  Somehow far right extremism does not instantly evoke a particular racism/religious bias, although narratives around Northern Ireland terrorism might conceivably consolidate Protestant/Catholic preconceptions. Anders Breivik can simply be labelled a psychopath, not representative of any group. But how to invoke empathy for those hurt by people claiming to do this in the name of Islam without simultaneously invoking fear and mistrust of all Muslims? The consensus here is simply to tell the story, with no attributions of blame, no horror visuals of atrocities, but only the pictures of those lost, perhaps with their friends, which conjure up who they might have become. Figen Murray, who lost her son in the Manchester bombing is able to talk of forgiveness; Nicola Benyahia, whose son went to join ISIS, is able to talk about unconditional love. The message is what one does with loss, how one deals with anger.

In the end, the impact of a testimony, whether of a former or a survivor, will depend both on the teller of the story and the experience of the listener, and how they intersect. It is not always predictable. But there is no doubt that testimony is hugely powerful, and eminently worth taking risks with.