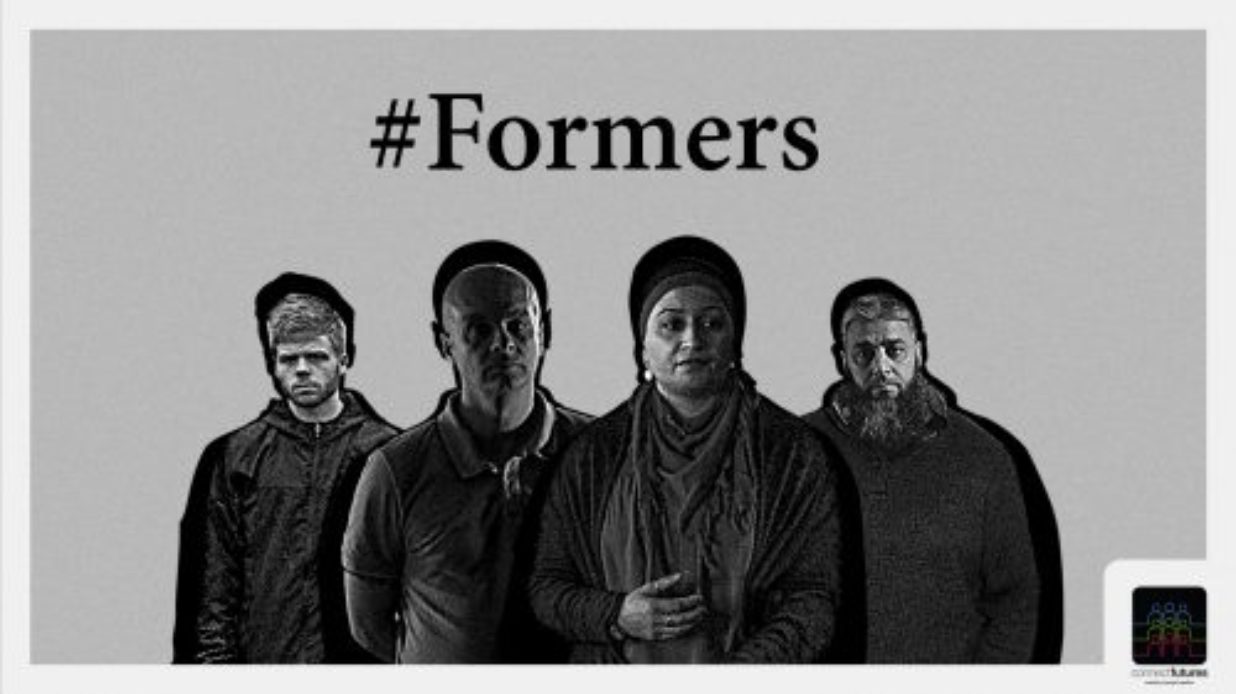 “We have met the enemy, and he is us.”  Walt Kelly.  The dream of transformed nations is a powerful one – the pursuit of justice, protection of the weak, vengeance against the strong – its potency lies in its possibility. Anyone, so they say, – you, me, us – can ‘be the change’, ‘make things great again’: we just need purity of intention, real action, to do what is necessary.

The journeys to violent extremism and back again are as complex and varied as the people on them, yet common threads are possible to identify. Through our research, professional encounters and now our films, the ConnectFutures team has spent time with ‘formers’ from all walks of life, and many ideologies. What is so often apparent, and all the more surprising for it, is not only the ordinariness of those involved, but the good intentions that paved the way, their humanity. Which demands us to ask, all the more urgently, why? …

When we teamed up with Blue Monday to produce our crowdfunded films, we were clear that it was the unscripted stories of formers that we wanted to capture, in order to better understand the pull of extremist groups from those who have ‘been there, done that’. Commonly held ideas – that violence is only committed by psychopaths and evil people, or that powerful ideologies suck people in like tornadoes – can be dangerous, as they create the sense that violent extremism is something that happens to ‘other’ people, or people with particular political or religious beliefs.

Our films show some of the common factors across time, gender, background and belief that open up vulnerabilities within people, that can, in some circumstances, make the promises sold by extremist groups seem desirable. What is disconcerting is the realisation that these vulnerabilities may lie in all of us, perhaps in our youth, or pain, or idealism.

The rise of Far Right politics and resurgence of nationalist sentiment, accompanied by extreme Islamist and White Supremacist terror, are not disconnected to the social divisions and economic precariousness of the locations in which they grow. Personal and political grievances are intrinsically linked: empathy with the oppressed, anger at poverty and injustice, blame for those unlike us, frustration with stale and unrepresentative, professionalised politics or repressive regimes, the imbalances of power. These challenges are used by violent groups who push an attractively simple solution to these complex, wicked problems: obtainable, transformative change, a chance to be part of something bigger, something important, to help ‘our’ people – a chance to become heroic.

The formers in our films touch on many of these points, and are captivating as stories in their own right. But it is the lessons we can learn from them that we’d most like to share. For educators, parents, and members of all communities, we hope that the films, in conjunction with the educational suggestions accompanying them, will act as a resource to spark meaningful, perhaps difficult conversations. To bring people together, to truly listen to the difficulties of others, and to build solutions side by side: the challenge is for all of us.

Note: ConnectFutures was established so that we could engage with the State, organisations and communities around challenging social issues. To do this we remain fiercely independent and are funded by the work we do as a social enterprise. For the Formers films, we raised the money through a crowdfunder (92 people) so that we could hear the unfiltered voices of the Formers and for ordinary people to be involved in the conversations.