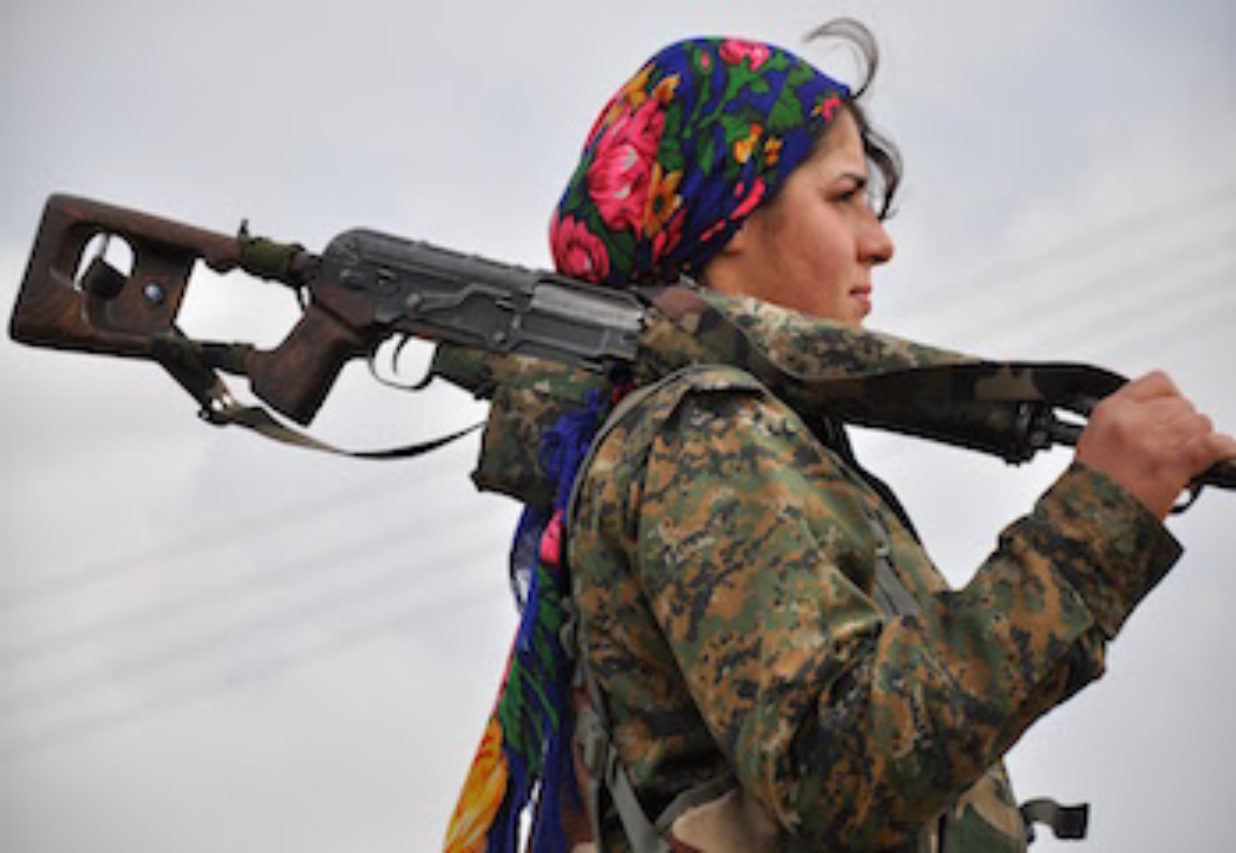 By Jennifer Philippa Eggert (University of Warwick)    What do you think of when you hear the words “terrorist”, “extremist”, “insurgent”, “rebel”? Who do you think of? Is it pictures of Osama Bin Laden that come to mind? Or maybe Anders Breivik, Che Guevara, Bobby Sands or one of the 7/7 bombers? In any case, for most of us, it will most likely be a man, or groups of men, that we first associate with the term “terrorist”. This is due to centuries-old gender images and stereotypes according to which war and violence is a man’s domain, whereas women are, supposedly, more prone to non-violent and peaceful conflict resolution. Regardless of whatever progress we might have made in terms of gender equality in the last decades, these gender images continue to be prevalent in our modern-day societies. And indeed, this tendency to associate terrorism and extremism with men, while women are seen either as victims of extremism or potential actors for positive change is widespread even amongst academics and practitioners working on (counter)extremism. One example, of many, would be one of the leading terrorism scholars of our time, Marc Sageman, who when referring to small terrorist cells speaks about “bunches of guys” – as if terrorist and extremist groups only consisted of men, as if women had not been involved in extremist movement for decades, if not centuries…

Female radicalisation is a global phenomenon: Female radicalisation and involvement in violent political organisations is a global phenomenon. From right-wing and Islamist groups in Europe and the US, to members of the Hindutva in India, to guerrilla groups in Latin America, rebels in sub-Saharan Africa, insurgents in the Caucasus, militias in the Middle East and South Asia, women have played an essential part in supporting violent extremist movements across the geographical and ideological spectrum. In many of these groups, women are not only involved in providing logistical or ideological support, but they also perpetrate violence. In some organisations – the Basque armed group ETA is only one example –, women take up leadership roles or even become public symbols of the group they are fighting for, as it was the case with former PFLP fighter Leila Khalid who turned into some sort of poster girl for the Palestinian resistance in the 1960s and 70s.

Extremists worldwide utilise gender norms to their ends: Extremists worldwide utilise prevailing gender norms and expectations to their own ends. Women are employed in recruitment and indoctrination, they support fundraising and propaganda efforts, hide weapons or other fighters, and are often involved in violent acts themselves. Women’s presence helps to convey a positive image of groups that are perceived as more harmless if there are women amongst them. Right-wing extremists in Germany, for example, are known to employ female recruiters in schools and kindergartens. Other extremist organisations, such as the so-called “Islamic State”, use the presence of women in their groups to present “extremism as a normal lifestyle choice”, as researcher Jytte Klausen has once put it, and to legitimise their cause. This can be done offline, by putting women in the front row during demonstrations, for example, or online, by specifically addressing women and using content that “speaks” to potential female followers. How effective these strategies are can be seen by the considerable number of young girls and women who have left the UK for ISIS-controlled territory, such as the three young women from Bethnal Green who recently made headlines when they joined ISIS. In yet other contexts, extremist groups use women to smuggle weapons or carry out suicide attacks, as they know very well that it is often much easier for a woman to pass a checkpoint or access a possible target. Many violent extremist groups have learned that including women can provide them with a strategic advantage. Have we, as researchers and practitioners working in the field of counter-extremism, learned our lesson as well?

We simply cannot afford to overlook the roles of women: We have come a far way in the last three decades. We can now look back to over 30 years of research on the intersection of gender and violent conflict. Since the mid-2000s, there has been an increasing focus on the role of women in terrorism. In recent years, more and more organisations working in the field of counter-extremism are slowly starting to become more aware of the importance of adopting a gendered approach to their activities. However, the lack of gendered approaches to countering radicalisation and violent extremism remains appalling. The few programmes that have been started are exceptions to the norm. Just as women, their experiences and needs, tend to be overlooked in our societies and communities in general, their situation is also disregarded once they join an extremist movement. As complex as processes of radicalisation and involvement in extremism often can be, when it comes to taking a gendered approach to counter-extremism, the equation is actually quite simple. Both men and women are members and supporters of extremist groups. While in many cases, the reasons for their participation are very similar, their experiences before, during and after the process of involvement are often gendered. Overlooking this means closing the eyes to what exactly is happening during processes of radicalisation and involvement in violent extremism. This is a problem, because if we do not fully understand why and how radicalisation and involvement in political violence occur, our chances of effectively countering extremism are slim. In other words, if we want to successfully address violent extremism, we simply cannot afford to overlook the roles and experiences of women in extremist movements any more.

Jennifer Philippa Eggert is a PhD Candidate at the Department of Politics and International Studies at the University of Warwick. Her doctoral research focuses on female members of the militias operating during the Lebanese Civil War, but she has also published on women fighters in IS and Al-Qaeda in Iraq. Jennifer speaks regularly on women and extremism, the prevention of terrorism, and intercultural relations. She also works as a facilitator of counter-extremism and community engagement trainings. She tweets as @j_p_eggert.