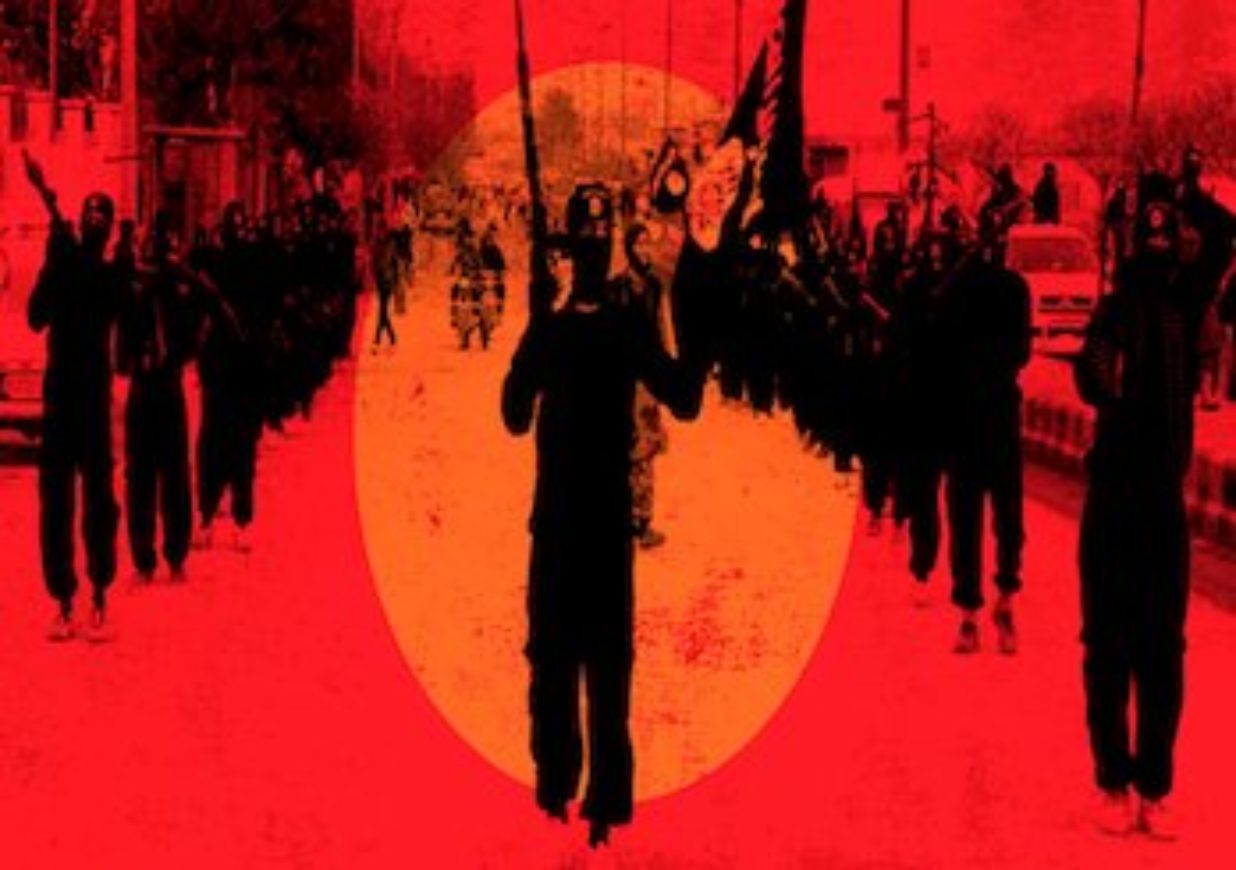 Zubeda Limbada and Professor Lynn Davies.  Those who join ISIS are often swayed by the sense of belonging or excitement they feel a caliphate offers.  Since 9/11, there has been a trend of referring to terrorist attacks as “new terror,” which falsely and unhelpfully severs current acts from the longer history of political violence. There has been considerable discussion too about whether the current terrorism of jihad is a new phenomenon. Conversations revolve around its locus in increased religiosity and divine duty; its indiscriminate rather than targeted attacks; and its lack of desire to negotiate. Yet the term “new jihadism” describes something that is not new per se, but relates more to aspects of technology, targets and recruitment.

The new terror is portrayed as more nihilistic in its apparent absence of an understandable morality. Yet this is not “meaningless violence” for its own ends, as in some definitions of nihilism. In contrast, these are acts strongly connected to meaning—political, social and ideological—that reflect the contexts of perpetrators and victims.

When looking at how different countries deal with acts of violence, different political overtones are observed. One example is the massacre of nine African-Americans in Charleston in 2016, which was seen as a hate crime and not an act of terrorism. (A 21-year-old white man who once wore a pro-apartheid badge and other symbols of white supremacy carried out the attack.)

In Germany, during the Munich shooting of July 22, in which nine people were killed, some early reports suggested that a gunman shouted “Allahu Akbar” (God is great), while firing his gun into a crowd of people near a McDonald’s restaurant. The city’s police chief very quickly dismissed any links with Islamist extremism. “Even if he would have said this, it would not automatically indicate anything,” he told a reporter. “Not everyone who uses this saying, which is now famous around the world, is automatically linked to the Islamic State [militant group] (ISIS).”  His measured response helped downplay the threat of terrorism and may have lessened the future impact of fear and terror that adherents of ISIS try to create. A different, politicized response would have generated equally politicized public reactions.

The politics of belonging

How do the push and pull narratives of ideology and conviction link in with ISIS and their political messaging of combining ideology and fear? As of 2016, there are thought to be some 6,000 foreign fighters who have travelled to ISIS’s so-called caliphate from Europe.These people who have joined ISIS have also joined a political process. Those individuals leaving from the West appear to be rejecting the liberal democracies of the countries they live in, rejecting their families and society at large and with it the opportunities (good or bad) that come with it. In effect, they embrace a new social contract.

Violent jihadist groups such as ISIS do have a strongly articulated political vision—conveyed through a mixture of religious edicts and/or a social messaging that stresses redemption, adventure and excitement.  It may explain why there is such a mixture of cases, from the three schoolgirls from London who secretly stole from their parents to pay for their journey to Syria, to Yusuf Sarwar who had purchased an “Islam for Dummies” book to demonstrate his religious practice and knowledge of his own faith.

While the ultimate aim of ISIS may be to destroy the West and its notion of democracy, it can be argued that more so than any other jihadist groups, including Al Qaeda, ISIS recognized the need early on to go beyond simplistic anti-West statements. It clearly articulated that a functioning state that was implementing day-to-day laws was an equal part of its political message to attract outsiders.  Ultimately, the state was to be a living and functioning political body. Many, but not all individuals who were tempted to join the group, would have been aware of this. They would believe in the political caliphate even if their particular understandings and motivations would be different.

The existing, underlying social and political grievances of individuals who tend to join groups such as ISIS indicate how exploration of both nihilism and terror needs to look at vulnerability.  This is apparent in countries such as France where the issues of segregation, Islamophobia, high unemployment, lack of opportunities and poor social housing lends itself to grievances among minority groups who may feel outside the socio-political framework.  The impact of being reminded that you are not French enough or British enough for example, can be juxtaposed with the simple ISIS messaging that, in the caliphate, a Muslim can practise his or her faith freely and safely, wear Islamic clothing and live in a Muslim state society. This has the effect of bringing people politically closer to ISIS’s messaging.

Once the new socio-political contract is agreed, ISIS then has to convince young men and women to commit and justify various acts of violence they would not otherwise support in the next stage of state building. Similarly, far right groups exploit feelings of disenfranchisement, marginalization and victimization to attract individuals to a political vision of white power and nationalism.  The cause may be different but the social-political processes are the same. To give another example, the youth participating in the U.K. riots of 2011 were labeled nihilistic, but the targets—aspirational material goods and police—had much more profound political roots.

To conclude, first, it is politics and conviction with a succinct message that creates an essence of belonging, brotherhood and adventure, and it is not always primarily religion that underpins both jihadists and other extremist groups.

Secondly, the social and political grievances of individuals who tend to join extremist groups rest on vulnerabilities, and how they are manipulated. We need to better understand the messaging and make better attempts at counter-messaging beyond, “Don’t go to Syria, don’t join far-right extremist groups.”

Finally, the shifting political targets of extremist groups require nuanced analysis. Hatred of demographics (which the extremist group tries to nullify by extinction, genocide or expulsion) should be distinguished from hatred of governments or the West (where the endpoint of nihilistic destruction is less clear).  If ISIS’s caliphate becomes less possible as the group continues to lose territory then will the new jihadism revert to the more nihilistic, negative attempts at undermining governments through terror, as with Al Qaeda and Al Shabaab?

The impact has to be measured not through the acts themselves, but through government reactions. In this sense, violence is always political, either in intent, or in capability, or in response.

Zubeda spoke on the topic of  Nihilism and Terror: How Politicial is the New Jihadism? at the Battle of Ideas conference on October 23, 2016.

This article first appeared in Newsweek: Europe on October 22, 2016.