Background | “Why the Unpleasant Statements?”

At ConnectFutures, we believe in drawing attention to disturbing trends in our society (not ignoring them), and generating discussion.  We recognise they may not be pleasant statements but,  it is part of the ConnectFutures remit of facilitating dialogue on difficult topics as well as school-based education around issues of exploitation and extremism.  There are unprecedented shifts occurring in the political climate and what may be acceptable to be said.  We interrogate some of the commonly spoken mantras of today -with actual quotes from people we’ve encountered- captured in a visual format to explore their implications for society and for our work.

This  clip was filmed by RWAP at a London demonstration in July 2018 in support of Tommy Robinson.  Just the day before a large anti Donald Trump march had occurred.

They chant: “Whose streets?  Our streets”

Truth – who speaks the truth?  Where does this anger come from?  What can this level of  anger and disenchantment lead to? Are these minority views and whose views do they represent?

Image 1 | “They don’t belong in our society”

Belonging is a powerful feeling.  Belonging means you are a member of a close group who accept you, where you understand each other, where you stick together.  But equally powerful is the fear of that group being eroded.  We are living in a time where, in spite of – or because of – increased movement of people, fluidity in society becomes something to be feared, not welcomed.  Powerful groups and individuals are playing on those fears.  Whether Donald Trump, hardline Brexit supporters or the far right, the appeal is to an insular nationalism, to a patriotism that seeks to defend the purity of the nation.

So who defines ‘they/them’ and ‘us/our’?  What are the criteria that people use to signal this boundary?  In spite of years of careful work in schools and communities on trying to create an inclusive, tolerant, multicultural society, xenophobia is rearing its ugly head again.  It is being legitimised by a whole cast of people, including politicians, who feel able to post racist and semi-racist statements across all forms of media.  This is not necessarily hate speech but a call to the resurgence of a fictional national identity and a blaming of minorities for any lack of social cohesion.  Ironically, this is simultaneously saying you don’t fit in, while erecting the cultural and economic barriers and physical walls to prevent any chance of fitting in or marking territory.  On these terms, ‘our society’ is a nasty one.  It excludes, it labels, it rejects, it stigmatises and it dehumanises ‘them’.

In effect, what does society and belonging mean to you? What boundaries can and shouldn’t be crossed when we draw such legal lines? How should we define “our society?”

In ConnectFutures we provide courses and opportunities to try to interrupt these processes.  We know that young people are vulnerable to the lure of extremist groups who promise a new form of belonging, a new family who will appreciate them – whether it is in Islamist, far right or far left movements or whether it is in gangs.  Our training for schools aims to help build resilience to such enticements by promoting awareness in teachers and students of how radicalisation works, by fostering critical thinking, by enabling teachers to have the difficult conversations around extremism and exploitation and by building confidence in young people to belong to a much broader society which is defined by rights, not race. 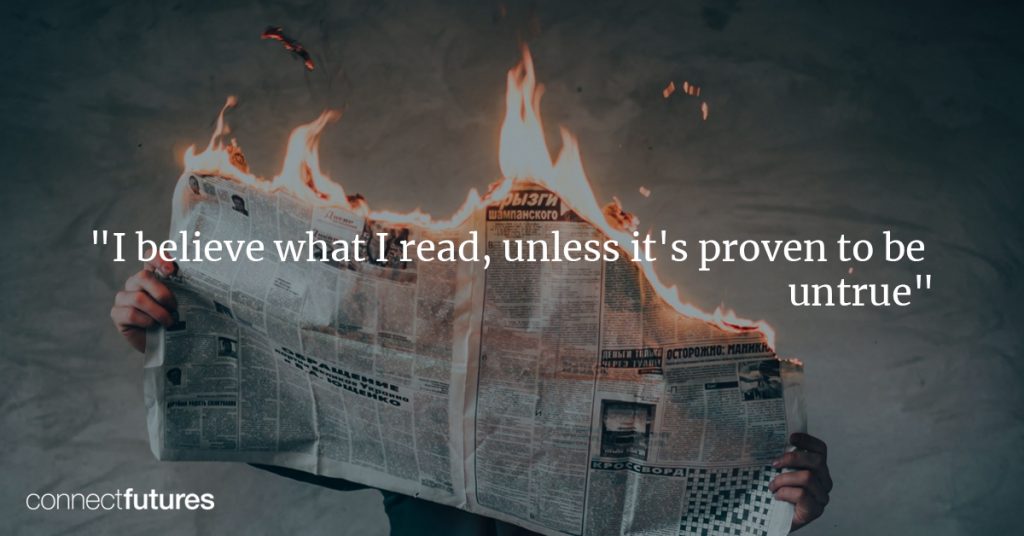 Image 2 | “I believe what I read, until it’s proven to be untrue”

One is reminded of the placard on a US Democrat’s wall which read ‘I’ve made up my mind, don’t confuse me with the facts”.  Apparently a US legislator actually said this during the period when members of Congress were considering whether or not to impeach President Richard Nixon.  The phrase is now used in jest, but worryingly it is how people are currently being invited to hold beliefs.

Although the notion of what sociologists call ‘confirmation bias’ is decades old, we are now living in an age where the preference to focus only on what you hold true is almost inevitable.  Most news is now consumed on-line.  This is a different experience than using print media or TV/radio, as it is easier to ignore or bypass any other stories than those that interest you.  The most widely read paper in the UK is the Daily Mail on-line, followed by the Sun and then the Mirror.  Three times as many people read the Daily Mail on their mobile than in print.  Reading on a small screen further constrains the likelihood of diverting to different topics, as you scroll through the headlines, even if you are meaning to come back to them, but never do.

Yet more disturbingly still, there are algorithms which send us news items that make us want to read them, to keep clicking.  We live in a filter bubble.  If I read a recipe for chocolate brownies, I get invitations to read other items about chocolate brownies.  This is probably harmless (apart from my waistline).  But if I read about ‘Muslim grooming gangs’, I get directed to a host of other articles about Muslim grooming gangs – probably written from the same perspective.  In India, Whatsapp, owned by Facebook, is now limiting message forwarding on its platform after fake rumours have led to the death of 21 individuals since April 2018.  The news bubble that we live in is one that has filtered out alternative points of view, has sifted out other opportunities to read beyond our immediate thread.  If we read enough items that seem to say the same, this becomes the perceived truth, through the weight of sheer numbers.  Hitler and other dictators used to have to burn books to stop people getting alternative information.  Now the work of our opinion formers seem to be done by filter and algorithms.

In ConnectFutures we aim instead at bursting a few bubbles, creating a dialogue among those with diverse or even antagonistic viewpoints.  In our training courses we aim for teachers to be able to engage with young people on controversial topics.  We have programmes that bring students together from different backgrounds to debate and gain skills in seeing another argument.  Our work in training around extremism means an emphasis on young people NOT believing what they read – whether messages directly from extremist groups and their charismatic leaders or indirectly through fake news about immigrants, refugees and so-called economic migrants.  It is not searching for ‘truth’ but searching for evidence using critical thinking skills. 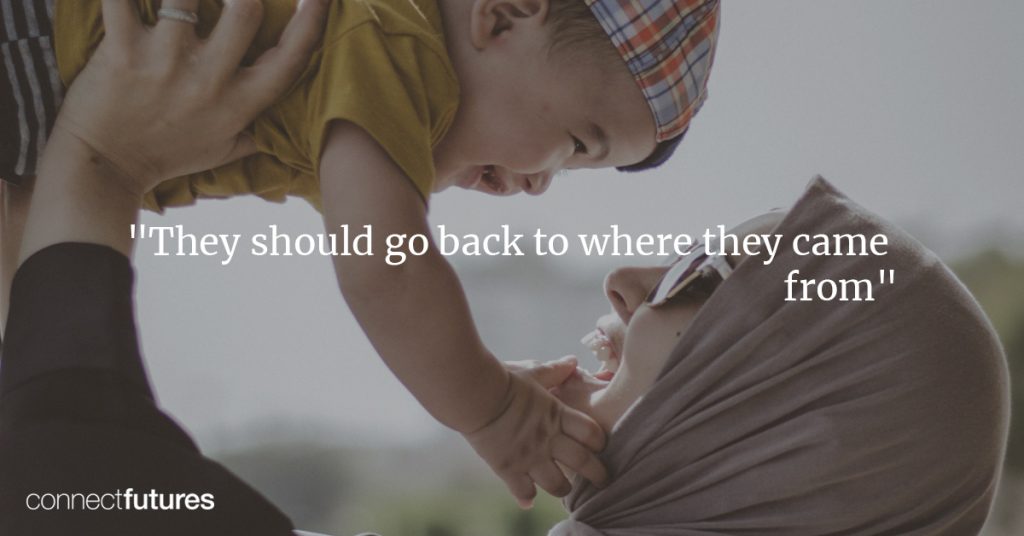 Image 3 | “They should go back to where they came from”

Who are ‘they’, who belongs and where is ‘home’?  Who does this country belong to?

Origin is deep in our psyche.  Whether original sin or Duchy’s originals, we are fascinated by roots.  But the fascination turns to something darker when presumed origin is used to try to exclude others.  People who have been in the UK for generations, who know of no other country than this, who have citizenship, pay their taxes and cheered for England in the World Cup, are still seen by some as invaders.

As in the USA, we are nearly all at root migrants who came here over various centuries from all over the world.  So what is being said with statements such as ‘go back to where you came from’? ‘They’ are always the enemy of prosperity and harmony (which differs over time and from whose perspective).  Whether those originally on the Windrush, from the Asian sub-continent, the Roma, East Europeans and now Somalians or Syrians, their presence is seen as a threat.

Two clear problems arise with such sentiments.  Firstly, at a practical level, they cannot ‘go back’.  A 4th generation Brit has nowhere to go back to.  A political refugee cannot go back without facing death or imprisonment.  A family of Syrians cannot return to a town which has been destroyed and where they no longer have a house.  Secondly, at a deeper level, is the reinforcement of xenophobia.  The place ‘where they came from’ is implied as something inferior, primitive, even primordial.  ‘They’ are invited to go back because they are unable to contribute anything and threaten the sophistication and purity of our imagined community.

Remember the billboard campaign in 2013 (mounted by the British government) on the side of advertising vans, with a statement telling illegal immigrants to ‘go home or face arrest’?  Fortunately, there was massive criticism and the pilot was halted.  Not only was it not effective (one source said it resulted in the voluntary repatriation of just one person), but it inflamed tensions and gave licence to organisations such as the National Front to openly demonstrate against ‘illegals’ and other scourges of humanity.

In ConnectFutures we know that there is a fine line to be drawn in safeguarding.  We want to safeguard children and communities against real threats of extremism and terrorism, but we are aware that identifying categories of people as risky can generate suspicion of certain ethnic or religious minorities.  In our training we try to make young people resilient to the appeal of simplistic messaging and labelling of ‘others’, and try to foster cohesion by creating cultures which are welcoming to refugees as well as anyone considered as an ‘outsider’.  While we are aware that schools have to work within the Prevent framework, we try to take a critical line on the government definition of extremism as ‘opposition to fundamental British values’, knowing that this statement can be twisted to label people as unBritish – and returnable.